You are currently viewing an older story. The content can be outdated. View our latest stories here

JSON structured data can also be used in body text

On Monday 23 September, Google changed the performance sheet in Google Search Console. User of this tool can now see more recent performance data; less than a day old. There used to be a two-day delay in the data, but this change enables quicker insight into the effect of any changes made.

Since 23 September it is also possible to analyse and export the data on a day-by-day basis, Just use the ‘Dates’ tab.

Please note: the Search Analytics API does not support this data yet. The most recent data here is still three days old.

Various tracking tools have shown a decline in the number of review displays in search results during the second half of September. This did not come as a surprise, as it was revealed the previous week that the rules regarding displaying reviews in search results would be tightened. The results of this update are noticeable fast. The average fall in review displays is around 5%, but varies for each country.

Why is this significant?
Review displays have a positive impact on the CTR and are therefore a shame to lose. In order to keep all reviews, you have to meet the new guidelines for pages and schema markup. Google has now updated the Developers Guide.

At the same time, Google states that they will also start using rel=”nofollow” when ranking search results.

An overview of all update changes:

See below for a graphic representation of these developments, made by MOZ.com: 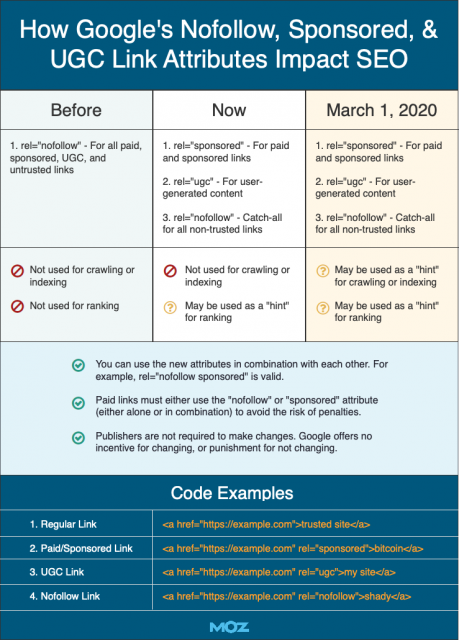 More information on Google's own blog.

Reports on your breadcrumb structured data are now available from the Google Search Console. These new reports can help you with tracing issues with the breadcrumbs displayed in search results. Find them in “Enhancements” on the navigation panel.

24 September saw another Core Update. This may have remarkable consequences for the rankings of various websites, as was the case in the past.

Danny Sullivan from Google indicates that the update will need a few days for full implementation.

Results show that this Core Update turned out better than the Core Update in June. The final impact still remains to be seen; the update needs some time to see what has actually changed.

Google has added a new report to Google Search Console to show you how your datasets are performing in Google Search.

What are datasets?
The Google Dataset Search was launched in 2018. Developers can mark content as datasets with metadata, so it is displayed as a featured snippet in the search results.

Find the new report in the Google Search Console under “Enhancements” in the navigation panel. Only applicable if you use datasets. The report displays errors and warnings, and lists the URLs with valid datasets. See an example of the report below:

The latest and greatest from the digital playing field.

View all stories
Adwise helps omnichannel retailer Ochama with Dutch expansion
The takeaways from Emerce DARE 2019
The takeaways from Emerce DARE 2019
Adwise and Rijssen-Holten council nominated for the Grand Prix Content Marketing Awards
SEO Roundup September 2019: The latest news and updates!
Next generation reading with the Immersive Reader
Digital Advertising Roundup September 2019
Heracles Almelo is in the running to win website of the year
5 takeaways from the Influencer Marketing Event 2019
Milou’s week