At the European Content Awards last night, Adwise, together with edding, received a lot of awards. No fewer than three of the four nominations resulted in an award during the online presentation. We took the gold in the categories crisis response content and social media content. We won the silver in the integrated content category. A great result that we are very proud of!

In collaboration with edding, we launched a feel-good activation campaign last year for connectedness in times of social distancing. In times of isolation due to Covid, we must not forget to stay in touch with each other. We have encouraged the people of the Netherlands to create window drawings to convey a positive message to their immediate environment. The results were overwhelming; all chalk marker sets sold out within 20 minutes, we reached more than a million people through social media, 500 people shared visible creations with our hashtag and sales increased by 176%. Hundreds of people delivered a positive message to others around them, achieving the campaign's main goal: bringing people closer together in times of social distancing.

The jury's assessment
The jury praised the creative and positive nature of the case, in which edding's products were linked in a beautiful way to customer needs in times of isolation. An uplifting campaign with impressive results despite a small budget

“What an honor to win these international awards! Adwise are extra proud of winning these three awards, precisely because of the social nature of the case. We have been able to positively and creatively connect the people of the Netherlands with each other in times of social distancing. A fantastic recognition for a great collaboration!”Marieke Bakker - Head of Brand & Experience 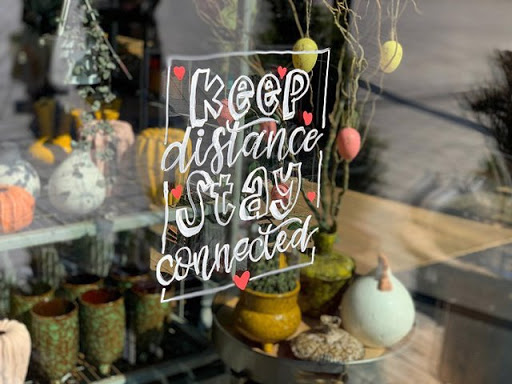 At de European Content Awards, the best marketing agencies and in-house teams in Europe hope to be recognised for the content they have produced over the past year. Prizes are awarded in 20 categories by a jury of experienced experts from the world of content marketing. They look at whether the content of the cases moves, attracts, informs, fascinates and retains people in order to subsequently generate successful traffic and profit.

The event is hosted by a different European city each year, but due to COVID-19 it took place online this year. Last year we traveled to Krakow where we received the charity content campaign of the year award.

The latest and greatest from the digital playing field.